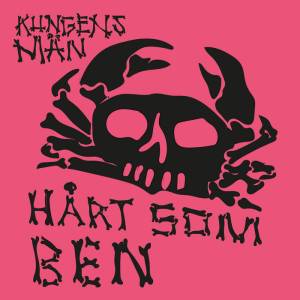 🇸🇪 I’m happy to share with you “Hårt som ben” by Kungens Män, a record that floats somewhere afar from convenient standards.

Kungens Män stands for “people of the king” in Swedish. On the other hand, they are the Swedish kings of experimental kraut. A lot of stuff is taken on the board of their turuma. Every single element is important here, whether electronic things or a tiny handbell.

The latest album, “Hårt som ben”, was born in December, 2019. It sounds inspiring, through frozen tunes and solid constructions. I wouldn’t say it’s hard exactly. Not easy listening one, but not that much heavy as well. Just in the middle (of the universe).

The album starts with a pretty rocky main composition, “Hårt som ben“. My point here is that it drives the whisper and soothes the blood in tired vessels. Then, the further you’ll  go, the less conventional music you’ll meet. Full of improvisation and boundless atmosphere.

Get this album via bandcamp | Deezer | Apple Music| Google Play

You may also be inspired by Lumen Drones | Verstaeker | Jon Mueller