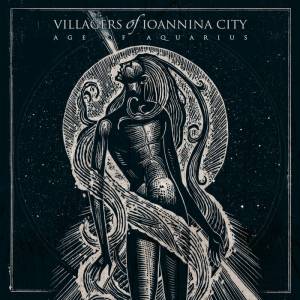 🇬🇷 The new era of Greek music has come. Comprehensive album “Age of Aquarius” is a masterpiece. On one hand, it’s solid and impressive, and remarkably clear on the other hand. Villagers of Ioannina City (or VIC) is a great band from Greece. Not only they decided to use their hometown for a band’s name, but also the spirit of Greece is deeply etched into VIC’s art.

I’ve been following these guys since the time I’ve first time seen that fascinating dancing circle on the stage. Now, it’s time foe even more epic piece, “Age of Aquarius“. By the way, it has another one, “Dance Of Night” which has already became my favorite song from this album. Sounds amazing!

Not a secret that VIC’s feature is a wonderful symbiosis of wind instruments (Kostantis and Kostas) with a heavy rock set by Alex (guitar, voice), Akis (bass) and Aris (drums). The team is sometimes extended at the shows by various musicians, including a choir.

These decent sons praise Ionannina and let the world listen to seep energy dissolved in the music.

Get this album via Apple Music | Google Play | bandcamp

You may also be inspired by Munknörr | Pillars | All Is Violent