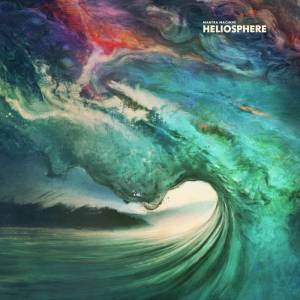 🇳🇱 Heliosphere is a home of plasma moving in its turbulence. This is what we are going to listen to if we have a chance to get close to the sun.

Mantra Machine is Paul Geerts (guitars and synths), Eric Frantzen (bass) and Jeroen Schippers (drums). The band was launched back in 2012 in Amsterdam. Since that old times, they have been issuing new stuff just once in five years or so. Nevertheless, the quality is an excuse for a rarity.

These fuzzy loops are going to whirl nonstop. Very steadily, taking you inside and preparing for a bungee jump into open space. Mantra Machine’s songs are quite long but it make sense. You get the whole volume not after the first sip but rather in the middle of the trip.

Moving through the solar wind, don’t try to resist. These cosmic waves will embrace you carefully and bring to the sun. The only thing you gotta do is to put the headphones on and follow this sound.

Get this album via Apple Music | Google Play | bandcamp