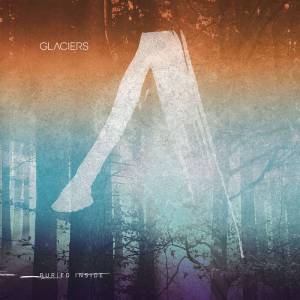 🇺🇸 From the dawn right info fiery clouds. This is “Buried Inside” by taciturn titans Glaciers, and I’ve been enjoying it ever since the first sip.

GLACIERS’s home is San Francisco and Oakland, California. The band is around since 2009 when their first release “And the Sea Won the Battle” appeared and captured my attention. The guys aren’t that prolificб only three albums are currently finished. But you better check out all three.

Although “Buried Inside” is rather short EP, it’s pretty ample. You’ll travel through consecutive pieces, following each one. There are catchy parts, when you feel the rhythm somewhere in your heart and it goes deeper and deeper. Then the reflection and some impro come. They lead you to a barren place where you find only yourself… buried inside.

You may also be inspired by Képzelt Város | Rýr | Matador