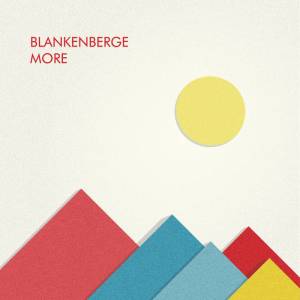 🇷🇺 Yellow sun rises above the ocean and coloured mountains. It’s the image of pretty nice experimental album by Blankenberge.

Blankenberge band comes from Saint Petersburg, Russia. Their artistic path lies through two areas. The first is a dreamy waving impermanence, and the second one is more rigid and rocky. I’ve noticed More as it’s the album’s title. So, Blankenberge deals with light dream pop and heavier sounding and arrangements.

The guitar driven landscapes are covered by fragile Yana’s vocals. From time to time, as in “Right Now” we can feel the voice deep down, only slightly appearing behind the music. In other moments, it rises and lead us to the mounts. For instance, “Go” is probably the most upbeat composition on this record.

I believe “More”  is a perfect title as it has at least two meanings. At first, it’s more than you can expect of the collective’s art. Then, it sounds as “the sea” in Russian. It’s the sea of beautiful sound made up out of the melody and noises all into line. The line which disappears in a hazy future…

You may also be inspired by Postcards | Hualun | Life on Venus