Selected goosebumps blog is proud to introduce a new section. Here we are going to share new masterpieces issued by the heroes of our previous publications. Some other stuff is on the way as well. Let’s say everything that doesn’t fit in the album form.

The latest piece called “Braille, Slate & Stylus” has appeared in May, 2019. It seems to be more melancholic and calm. Nevertheless, it stays funky and keeps the style and Natural contents.

Extraordinary Korean band has released another masterpiece in June, 2019. This time even more experimental and overwhelming. Away from traditional and habitual.

Also in June, the trio Prettiest Eyes was back with a new work done. I have no idea who is that Johnny but it’s all pretty catchy! 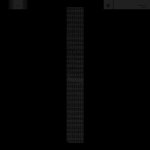 August comes, and Chilean masters of psych delivered their fourth full-length album with a title “I”. Well, which name are they going to give to the next work?

Italian mighty trio has celebrated 20 (what?) years back in 2019.  XX is their half-acoustic “tribute” to own songs, this time demonstrating another dimension of Ufomammut.

This great album was born in late September. The journey continues to bring us new horizons, and Hashshashin is no worse than before.

In October, Australian titans We Lost The Sea brought to the world their new epic story which was geniously illustrated as well.

German quartet has changed one of its participants. The latest album which arrived in October, went rather under the ground than in midair. However, Halma is still very Halma.

The lemon keeps whirling, the new orbit is reached. We have much wider volume, this wave spreads and throw you straight into the black hole.