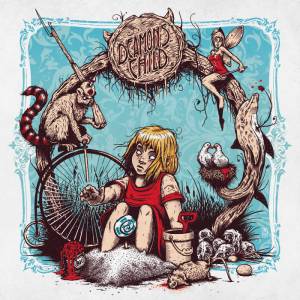 These strange waves once ocassionaly met would pulse in your head again and again.

Being simple and even short-sleeve, some of Deamon’s Child’s tracks are fast enough while the rest slow down to noisy improvisation with unexpectedly raw finale. You have to think of what is not played and said though… and it makes sense.

Deamon’s Child is a trio from Germany which definately has their own style. Daring and mild in the same time, it is built with the help of band’s bassist’s Ana Muhi’s voice. In total, we receive neither rock nor metal, something stuck in between.

What if a monkey rides a bicycle? Strange quesion, isn’t it? It worhts a listen then.

You may be also inspired by: Dÿse; The Austerity Program; Rotor